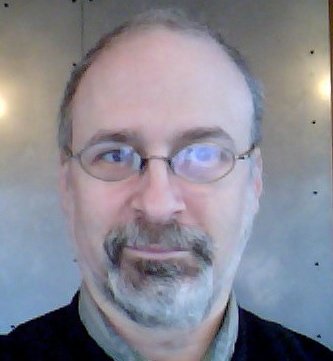 Born in Baltimore, Maryland, Josh attended the Beth Tfiloh Day School, and later, Pikesville High School. He attended the University of Rochester, where he earned a B.A. in Math and Computer Science (with an additional concentration in Theater Arts). Upon graduation, he moved to New York City, where he worked doing software development at various financial firms. Most recently he joined Google, where he is a Technical Program Manager in Site Reliability Engineering.

In 1993 Josh married Zhanna Glazenburg. They have two boys: Maxim and N'yoma. The family moved to the Croton-on-Hudson area in 2001, where Josh serves as a trustee on the Croton-Harmon Board of Education, and Zhanna teaches Physics at Croton-Harmon High School.

Josh has been involved in DI since 2006, when Max started in the program, as a 5th grader doing Challenge D: Switching TraDItions. Zhanna was his team manager. It all seemed very abstract and confusing to him until the team got to the state finals – and then he was hooked! What a great way for kids to learn, grow as human beings, and have fun doing it. He saw huge breakthroughs for Max in his confidence, in how he interacted with his peers, and in what he could achieve. It is now several years later, and both Max and N'yoma have competed at Global Finals (Max 4 times, and N'yoma 5 times). Josh has managed four teams through to Globals, and served for two years as treasurer for Croton DI. Zhanna is now a veteran appraiser. In addition to managing teams, they assist with training other team managers (especially for technical challenges), do fundraising, and provide skills training for structure teams. He is an NYDI board member, the NYDI webmaster, and of course our Eastern Regional Director.