NYDI is a nonprofit powered by volunteers.

There’s a lot that goes into running a statewide Affiliate of DI, especially in a state as large and diverse as New York. Our Board of Trustees is made up of volunteers who dedicate many hours to running this program every year because we have experienced firsthand how DI changes lives. Meet our team! 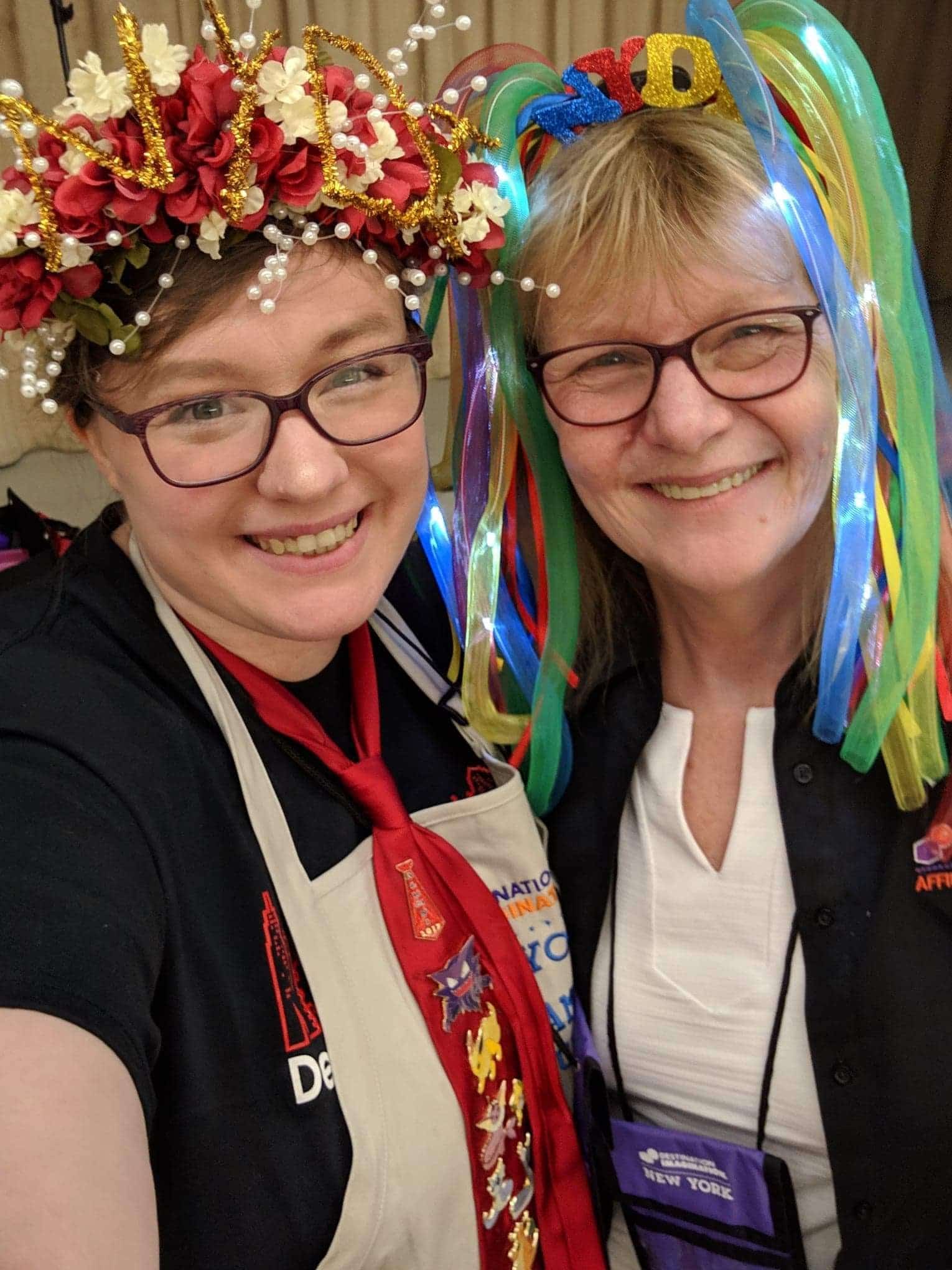 Sue Brailey was drawn into Destination Imagination when her 4th grade daughter, Abby, joined a team in 2000. She started as a team Mom helping Team Managers and assisting with fundraising. Feeling strongly about paying it forward she became an Appraiser when Abby’s team disbanded. Sue has been an Appraiser at all Regional and Affiliate tournaments since 2006, and has been an Appraiser at Global Finals four times. In 2014, Sue was appointed Affiliate Director for NYDI.

Outside of DI, Sue is an attorney. She was a prosecutor in Westchester County for 31years and spent the last half of her career conducting environmental criminal investigations and prosecutions. She is currently practicing law in Somers. 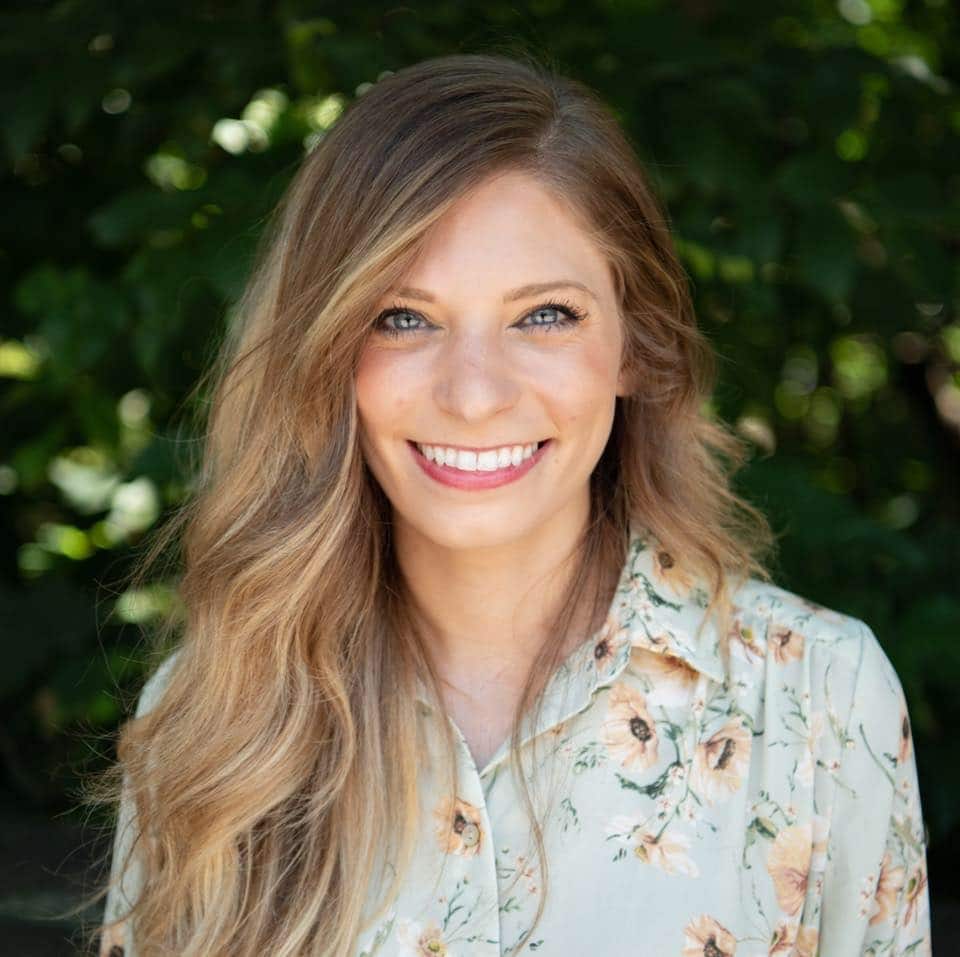 Co-Chair, Board of Trustees

Dawn joined her first Destination Imagination team in 2000 and spent nine years participating in Massachusetts DI. Since becoming an alumna of the program, Dawn has served in a variety of volunteer positions for both Massachusetts and New York DI. In addition to being a member of the New York Board of Trustees, Dawn is a founding member and Chair Emeritus of Destination Imagination's international Alumni Council, where she worked with DI headquarters on global alumni engagement and retention.

Outside of DI, Dawn puts her Instant Challenge skills to work as an Emmy-nominated television professional in New York City. Dawn received a B.A. in Studio Television Production from Emerson College in 2013 and works in daytime talk and news. 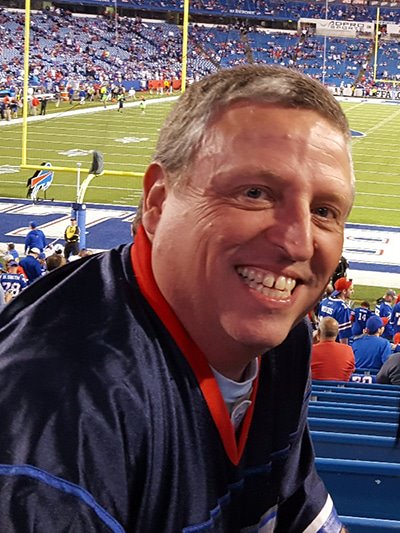 Jon has been involved with Destination Imagination since 2006 when his 3rd grade daughter asked him to attend a meeting about DI. He was so impressed that he became a Team Manager for her team and had his other two daughters get involved. Since then, Jon has managed teams at the Elementary, Middle, and High School levels, appraised at Regional, Affiliate, and Global tournaments, attended Global Finals with several of his teams, and has served as the Regional Director for Western New York since 2016. He joined the Board of Trustees in 2014 where he currently serves as Co-Chair.

Outside of DI, Jon is on two other boards; Amherst Bel Canto Children's Choir and Hawk Creek Wildlife Center. He received his MBA from Canisius College and is a lifetime member of the Beta Gamma Sigma honor society. 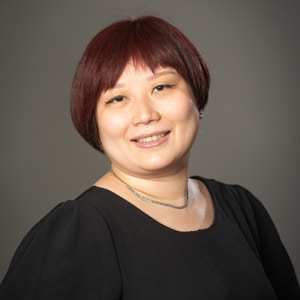 Treasurer, Board of Trustees

FeiFei joined Destination Imagination of New York as Treasurer in 2021. FeiFei currently works as a fund manager serving clients in the Private Equity industry. Over the past decade, she has been working in the assurance industry serving both US and Chinese clients. Her main role involves advising clients on establishing accounting and internal control systems, as well as in matters of regulatory compliance.

She enjoys building and leading teams to support all aspects of her clients’ needs. She is also a student within Cornell’s Executive MBA Program, graduating in May 2022. Outside the office, FeiFei enjoys traveling and spending time with friends and family. 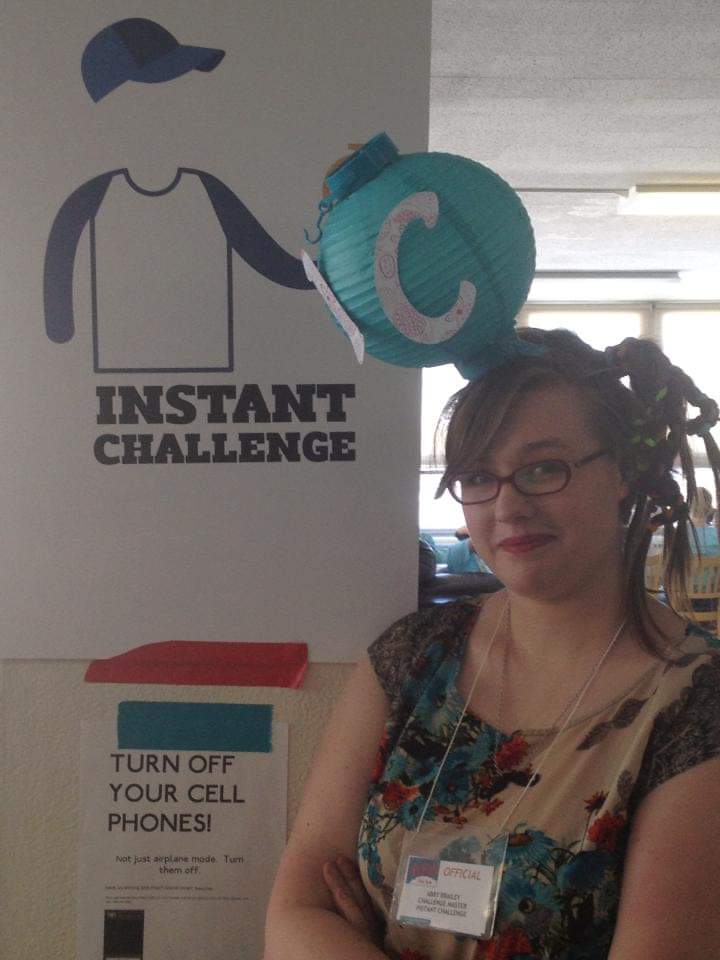 Secretary, Board of Trustees

Abby Brailey began down the life-changing path of Destination Imagination when she joined a team in 2000. With everything DI has taught her (from the tangible skills, like sewing and woodworking, to the intangible, like leadership and creativity), there was no choice but to pay it forward and start volunteering! Since 2007, she’s volunteered in many capacities: running scores, Appraising (when she was finally old enough), being the Eastern Regional and Affiliate Challenge Master for Instant Challenge, and managing merchandise. She’s been an Instant Challenge Appraiser at Global Finals since 2010 and became a Head Appraiser in 2019.

Abby spends her free time rooting for the New York Yankees, making ice cream, altering clothes found at the thrift shop, and playing fetch with her cat, Chuck. She also loves pin trading and has helped design New York’s pins. She loves to hear new input and ideas for pins, so please contact her if you have any! 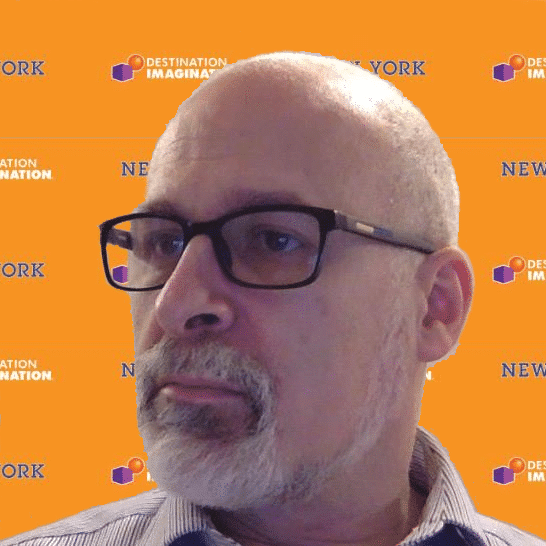 Board of Trustees + Eastern Regional Director

Josh has been involved in Destination Imagination since 2006, when his son, Max, started in the program as a 5th grader. He saw huge breakthroughs for Max in his confidence, in how he interacted with his peers, and in what he could achieve. Both Max and Josh’s other son, N'yoma, have competed at Global Finals (Max 4 times, N'yoma 5 times). Josh has managed four teams through to Global Finals, has been a Coordinator for Croton DI, and an Appraiser at Regional, Affiliate, and Global Finals levels. In addition to being a Board of Trustees member, Josh serves as New York’s Affiliate Tournament Director and Eastern Regional Director.

Josh attended the University of Rochester, where he earned a B.A. in Math and Computer Science (with an additional concentration in Theater Arts). Upon graduation, he moved to New York City, where he developed software at various financial institutions. Since 2016, he has been working at Google Inc. as a Technical Program Manager. 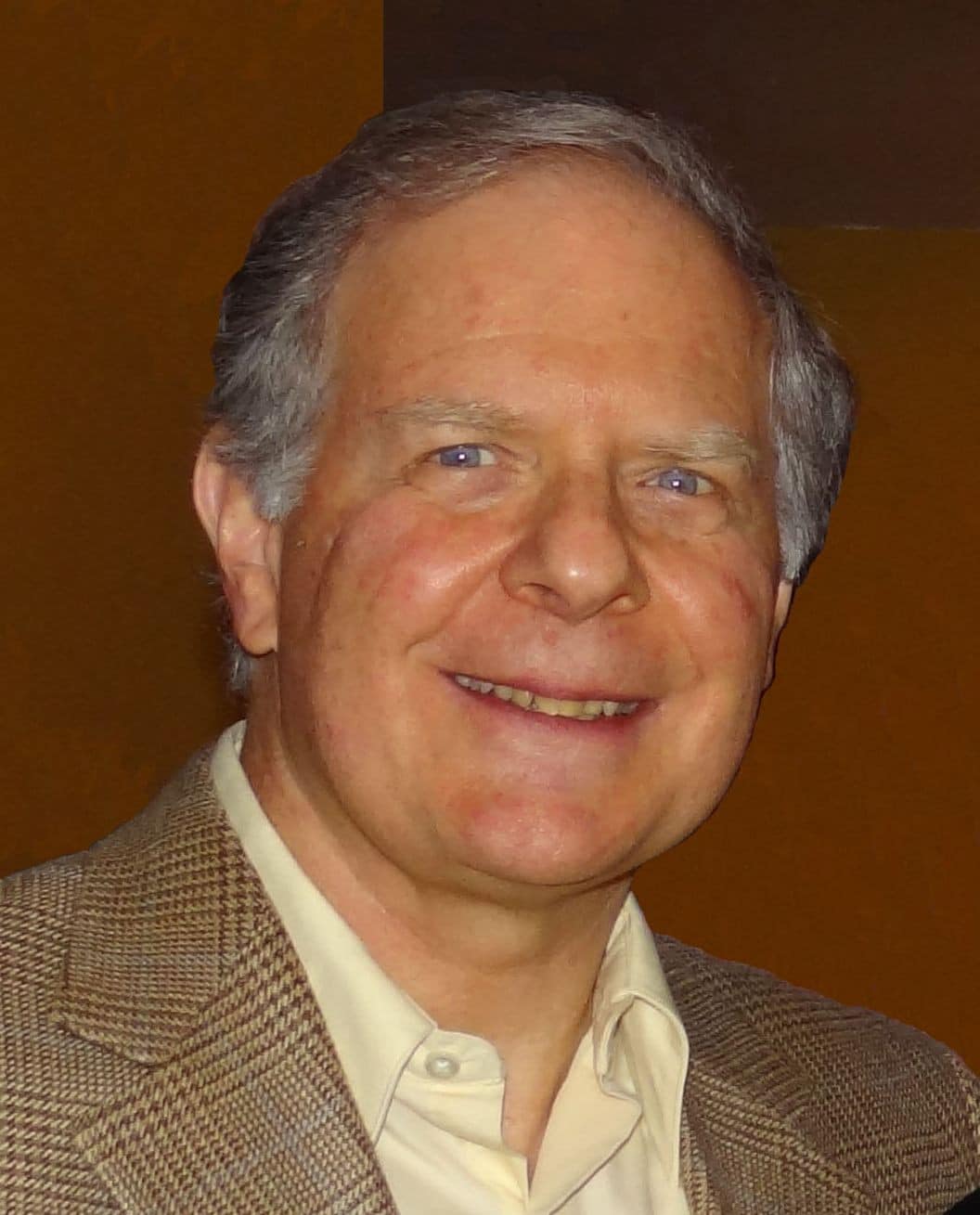 Rick has been involved with Creative Problem Solving since 1988, when his twin sons, Darren and Barry, joined Odyssey of the Mind, the predecessor of Destination Imagination. Rick and his wife Lucille eventually became team coaches, watching the team progress to two World Finals, with a first place in 1993. When the boys retired from the program, Rick became involved in the official side of things, including Regional Tournament Director and judging at Regional, Affiliate and World Finals. When the program became stalled in legal issues, he was asked to be one of a small handful of people to save the program as a member of Project Rumpelstiltskin. This project consisted of creating a new Challenge (technical of course), answering all of the clarifications, and running the Challenge at World Finals 1999. From that group, the new program of Destination Imagination, Inc. was formed. Rick has had many roles at DII, leading to being a member of the International Board of Trustees from 2010 to his retirement in 2020.

Rick's formal engineering education took place at The Cooper Union, New York City, and the University of Pennsylvania, Philadelphia. However it can readily be considered he was an engineer from birth, always curious, analytical, wondering how things work... and trying to make them "better." Rick is now retired from IBM Research where he held the position of Senior Engineer. 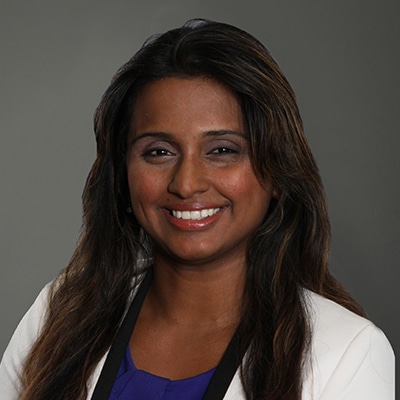 Avita joined the NYDI Board of Trustees in 2020 and is focused on helping the organization diversify and grow.

Avita Sukhram joined Pershing Advisor Solutions in June 2018 as Vice President, Platform Strategy team focused on Product Management for the RIA channel. In her role, Avita seeks to provide best practices and expertise to Pershing RIA prospects & clients and represent RIA client interests for new and enhanced solutions. Previously, Avita was a Director at HighTower Advisors focused on building a holistically integrated experience & process between various investment products & platforms and the major custodians and provide business intelligence, relationship management, and due diligence for acquired RIAs. She leads with education and industry knowledge to help advisors efficiently and effectively make decisions. She began her career 15 years ago in data, research, and analytics at Thomson Financial. Avita holds a Bachelor’s degree in Economics from Rutgers University in New Brunswick and currently enrolled at Cornell University Johnson School of Management’s Executive MBA program.

Beth has been involved with Creative Problem Solving and Destination Imagination for over 20 years. She has been a Team Manager (sometimes juggling up to 11 teams at a time!), District Coordinator, Challenge Master, Appraiser, and Board of Trustees member.

Beth has a master’s degree in Gifted and Talented Education from Teachers College, Columbia University and a BS in Elementary Education and a BA in Sociology from Buffalo State College. Beth taught at Frontier Central School District for 28 years in the S.A.I.L Program as a Gifted and Talented teacher and 3 years as an elementary teacher. She retired from teaching in 2016. 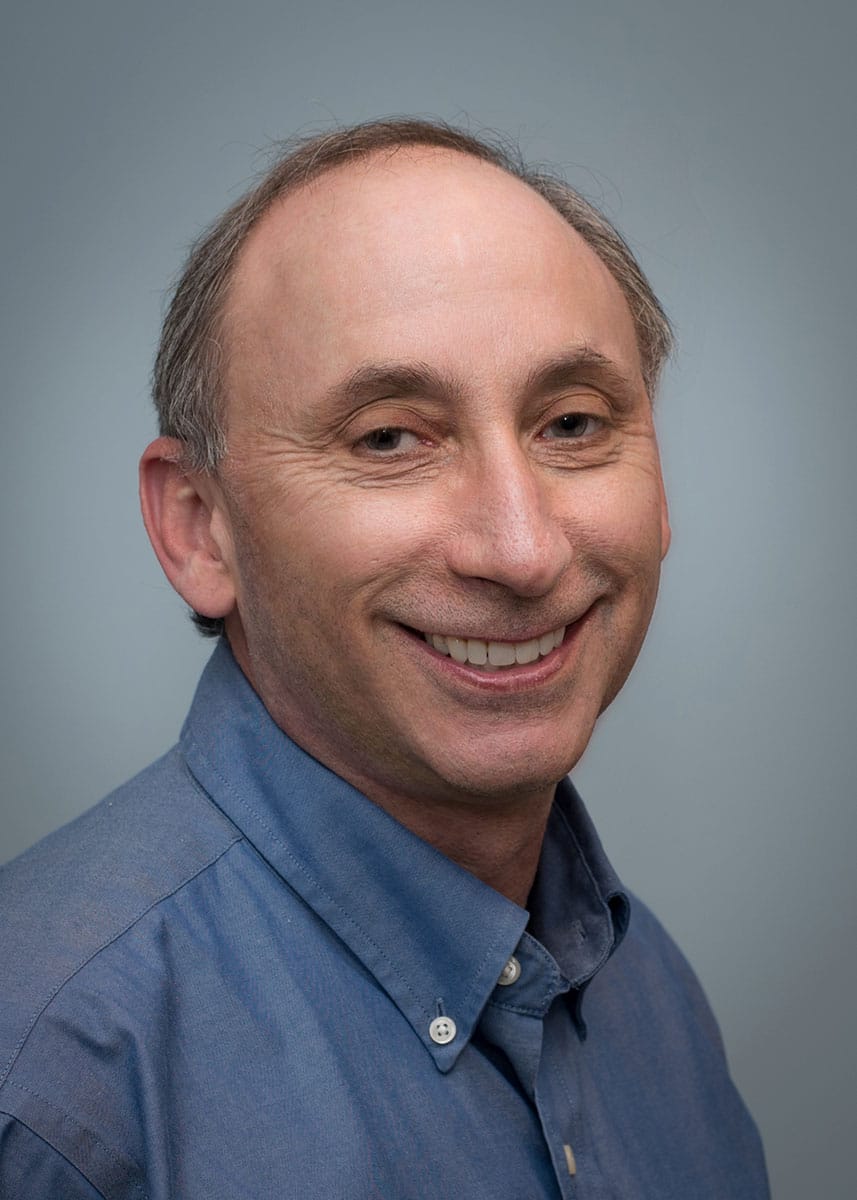 Dan Leone’s first experience with Destination Imagination happened in 2012 when his sons came home with a flyer about the program. The Leone family went to an open house event where his sons, Dalton and Cameron, spent the evening doing a variety of Instant Challenges. When a structure they built out of paper towel tubes held all of the available weight without breaking, the boys were in. There wasn’t room on a middle school team that year for Dalton, but Cameron’s elementary team advanced to Global Finals and the Leones became a full-blown DI Family.

The following year Dan signed on as the Vice President of Clarence DI Boosters. In 2014 he started managing his son’s team--and he hasn’t looked back since. He never forgot that first year when Dalton missed out and decided that if there was a kid who wanted to do DI he would find a way. As a result, there were many years when Dan managed multiple teams-- whether his kids were on it or not. In 2015 Dan took over as President of Clarence DI Booster and in 2019 joined the Board of Trustees. 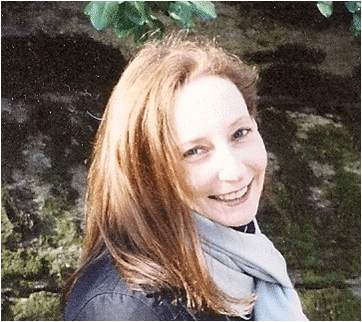 Donna Halperin is an entrepreneur/founder, startup advisor, corporate intrapreneur and Board Member. She is a strategic leader who is focused on innovation, commercialization, and sustainability. Donna is a design thinker with a history of taking D2C and B2B businesses to greater levels of competitive success. Her professional endeavors across health, lifestyle, retail and SaaS technology sectors emphasize the need for STEM/STEAM educational initiatives. Her passion for education and business building are also fulfilled by Coaching/Mentoring at Innovation Labs.

Donna holds an MBA from Pace University and BS in Education from Southern Connecticut State University, both of which provide a strong alignment of Donna’s interests and the NYDI mission. She is delighted to support the organization’s growth.

Jonathan has been involved with Destination Imagination since 2001. He was introduced to DI by fellow board member Beth Brothman and competed on a number of DI teams throughout both middle and high school. After becoming a DI alumnus, he continued as a volunteer in NYDI, first as an Appraiser, then transitioning to a Challenge Master before joining the Board of Trustees.

Outside of Destination Imagination, Jonathan works as an Electrical Engineer and is involved in many projects throughout both New York State and the United States as a whole. He enjoys kayaking in the Spring, Summer, and Fall, and skiing in the Winter, as time and weather permits. 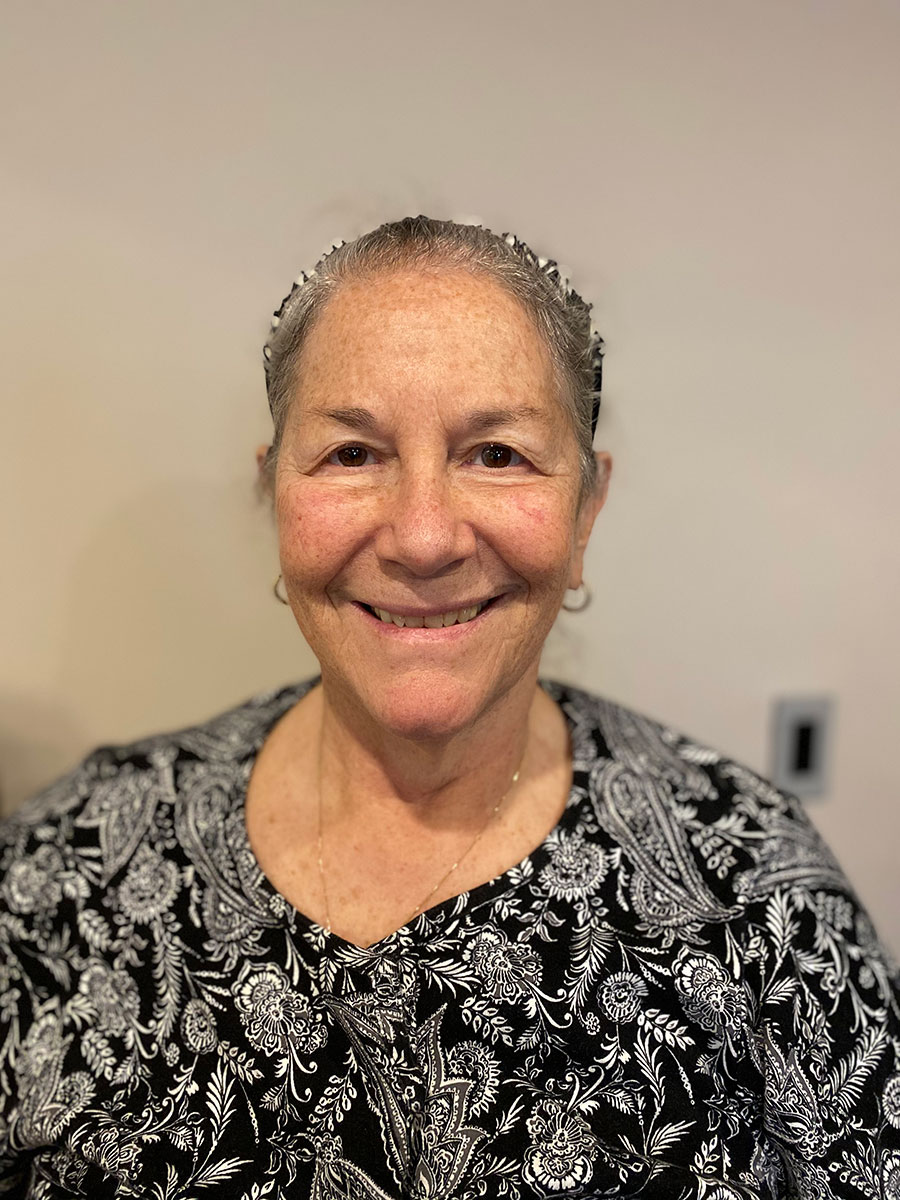 When Noel’s son was in fourth grade in 1994, she started managing a team and has been involved with Destination Imagination ever since. She has served as a Team Manager, School Coordinator, Appraiser, and Challenge Master. Noel says that most of her best friends today are people who are involved with DI. They're her kind of people!

Want to learn more about DI?