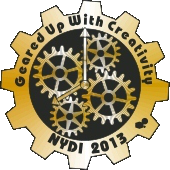 Destination Imagination congratulates all the students who participated in the NYDI Eastern Regional Tournament, at Mercy College on March 9th , 2013.

We think you are all winners! We look forward to further great accomplishments from the teams who are advancing to the 2013 New York Affiliate Tournament.

Finally, we would also like to that Seth Davis (our Eastern Regional Director), all of the Eastern Region Challenge Masters, and all of the wonderful volunteer Appraisers who made this tournament possible!

March 9th, 2013
Destination Imagination congratulates all the students who participated in the NY-DI Eastern Regional Tournament at Mercy College.
We think you are all winners!
Teams marked G or WC are going on to the State Finals Tournament on April 13th, 2013.
Special awards are noted where granted.
Full award citations will be posted after Global Finals.