Click here for complete scores of all teams at D2k.3! 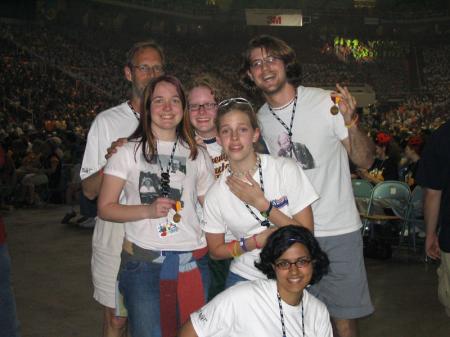 Once Improv a Time

This team took us into a “tight space” with them, as we shared the horror of a shy, ballet dancing pig, performing in “Swine Lake”, at the slowly developing run in her dancing tights. As the run grew, her confidence shrank. But as her fellow pigs bolstered her up, the importance of the run shrank in her mind. 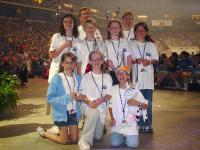 This team blew the appraisers away! A detailed outdoor scene was exquisitely hand painted. A huge sun, constructed from scratch, rose and inflated to grow above the set with the help of a fan. The realism of the backdrop made it seem as if we were truly sitting “in” the scene. During the performance, two pairs of team members were handcuffed together. Each pair played an original song, as one person, on one violin. One of each pair fingered the note while the other bowed and then plucked the strings. Both pairs played in unison three separate times. The appraisal team was awestruck! This team truly demonstrated THEATER smARTS!

You make us very proud!

Up for a fun challenge? Join us!

Get More Info
Form a Team

Want to learn more about DI?